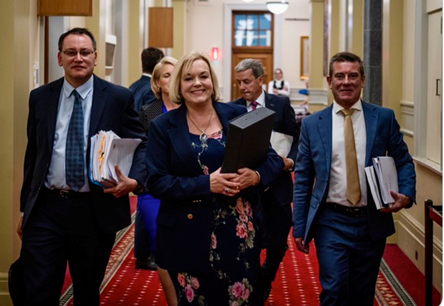 The Broken Compass Budget – beneficiaries were the focus of this year’s budget primarily because the cost of living, especially housing, has risen so much. The implications are - projected debt FY21 113.7 billion, increasing to a projected debt FY25 180.8 billion.  That’s 100,000 dollars of debt for every New Zealand household.

Business – Disappointing that there is no real support for business or a path to prosperity.  What businesses received was minuscule compared to the Australian post Covid economic recovery budget.  Whangarei is beginning to feel the impact of the government’s energy, export, trade, health and tax policies:  Loss of Marsden Refinery Jobs, Loss of LVL and CHH jobs, and the pending loss of the local DHB. I am very concerned that staff and businesses will go offshore to Australia.

Primary Industries –Farmers and high milk prices have seen us through the economic impact of coronavirus. Thank goodness for farmers. New Zealand logs, fruit, wine, dairy and meat will “pump more than $11.5 billion into the economy''.  However, I am concerned with the growing regulatory pressures on our industries and the impact of the climate commission report released recently. 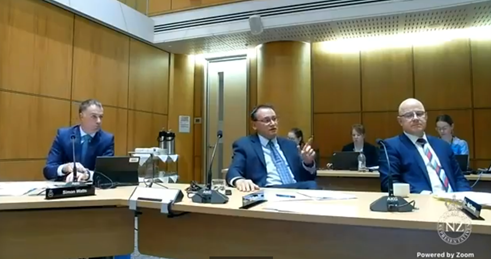 Healthcare – In this year’s budget, older people are paying for the $486 million restructuring experiment that lacks a business case or a single healthcare outcome that will be better in year 1. Andrew Little deflected and shouted in Select Committee when I asked him this question:  https://bit.ly/3v6PDgu

At a local level, I was interested in several items. How much had Northland DHB been given to pay hard-working nurses and doctors for the next year? Was the dental promise for 2021 maintained and was there money for Northland's hospital upgrade? 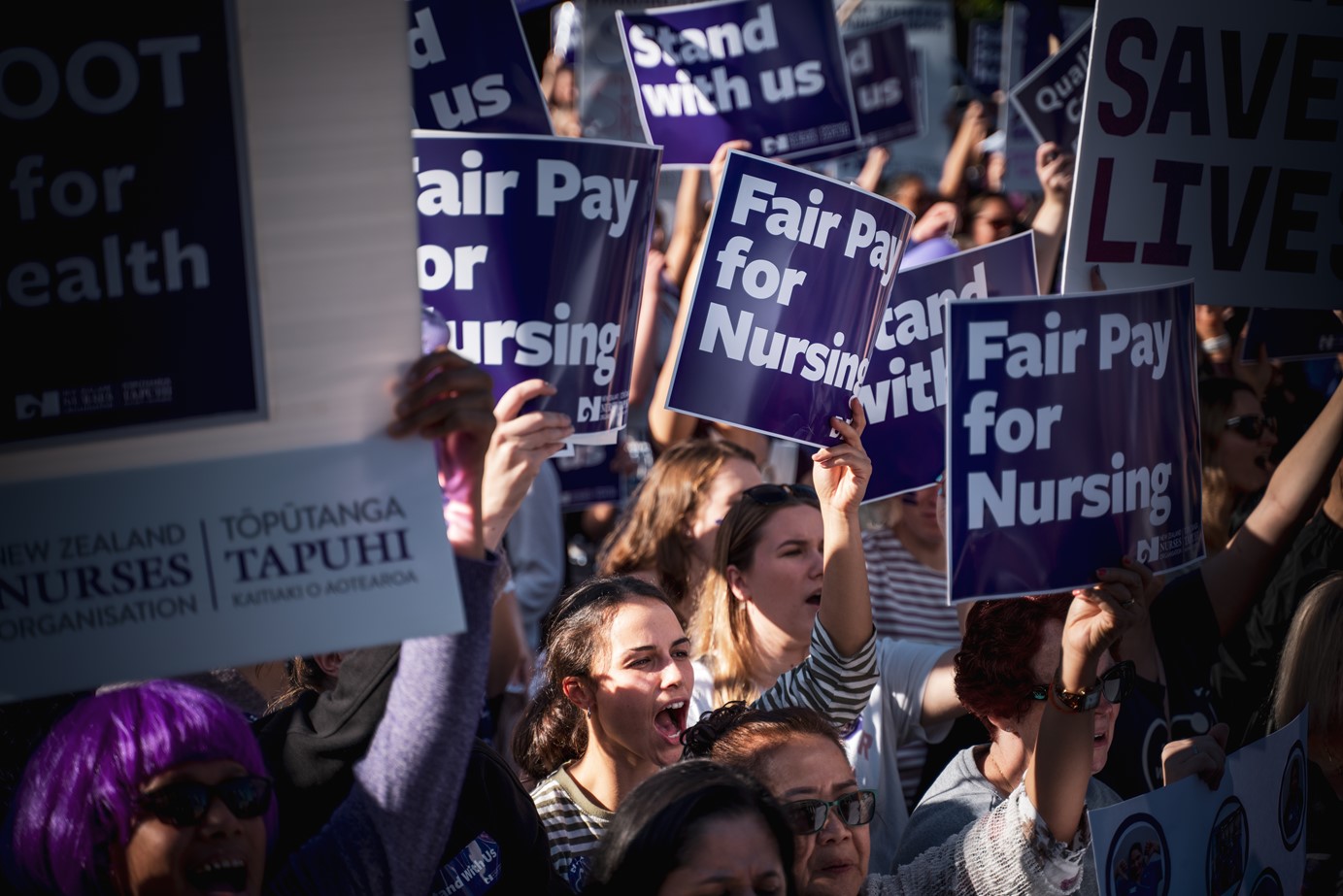 The answer was $50M for the whole year to keep the lights on at Northland DHB.

I met 100’s of nurses who marched on parliament who were not happy with the budget.  See the Facebook post here: https://bit.ly/3v1loHz

A New Hospital?  The local Labour MP also touted at a local function that Whangarei is front of the line for a new hospital.  Imagine my surprise, then, when there was nothing in the Budget.  When I asked ministerial questions, I was told we weren't even on a confirmed list. It would seem more work needs to be done and the DHB can anticipate my support.

Reply: Budget 2020 did not include funding for the major redevelopment of Whangarei Hospital. The Government will use advice provided by central agencies to determine the allocation of funding as part of Budget 2021 and announcements will be made at the appropriate time.

Reply 11529 (2021) has been answered to Dr Shane Reti April 14 2021/ Portfolio: Health (Hon Andrew Little) Question: Has a final business case been accepted for the major hospital redevelopment at Whangarei Hospital, and if so, what documents describe the final business case, listed by date, title, author and audience ?

Reply: I am advised that the Detailed Business Case for the major redevelopment of Whangarei Hospital has not been completed by Northland District Health Board. 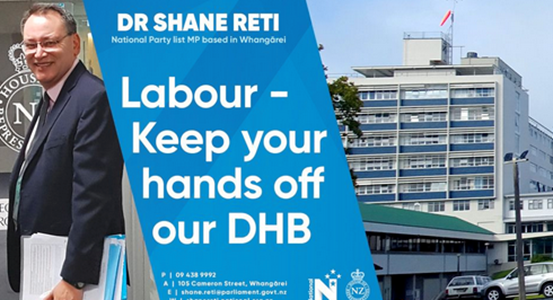 Mental Health – The 2019 $1.9 billion budget boost has delivered years of failure.  Statistics show the number of people seeking, but not receiving, mental health support is on the rise. A terrible failure of delivery.

Education –   $200 million has gone to restructuring in the Ministry of Education to make changes after the Tomorrow’s Schools review. It remains to be seen how all of this money will help students and teachers.  Only $5 million a year extra has been found to deal with the truancy crisis that is foundational to improving our educational performance. Current figures show that 53 secondary schools and 34 primary schools had fewer than 30 per cent of students attending regularly in Term 4 last year. 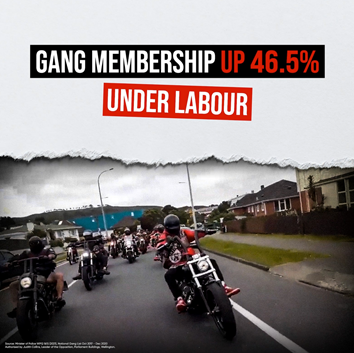 Law & Order - The police budget was decreased by more than $90 million this year.  An opportunity to missed to meet the promise of 1800 extra police (700 to be dedicated to fighting organised crime and gangs). Instead, the government has attempted to lower prison numbers by releasing prisoners. Latest statistics estimate there are over 8000 gang members and the numbers are growing.  Soon there will be more gang members in NZ than police officers.

What’s in it for vulnerable children & families?   Benefits needed to go up the $35-$55 extra per week because the cost of living has significantly increased, especially housing costs and rents. 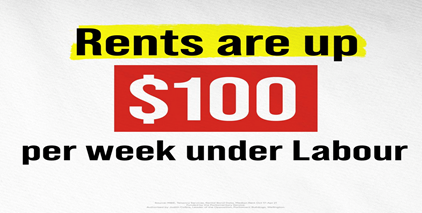 Falling well short of the promise to lift 100,000 children out of poverty, current statistics indicate that  there are 1500 more children in poverty.  As inflation rolls in those numbers may actually rise.  Despite that Whānau Ora, boasted as “one of the Government’s best performing portfolios”, which provides support to at risk families, received no additional funding in Budget 2021.

Covid Vaccination Rollout - Our economic recovery depends on the success of implementing the 1.4 billion vaccination rollout.  It is considered the the most critical factor to opening our borders and recovering our economy.  Unfortunately, the government has not set any threshold targets and NZ currently ranks 112th in the world for the rollout. 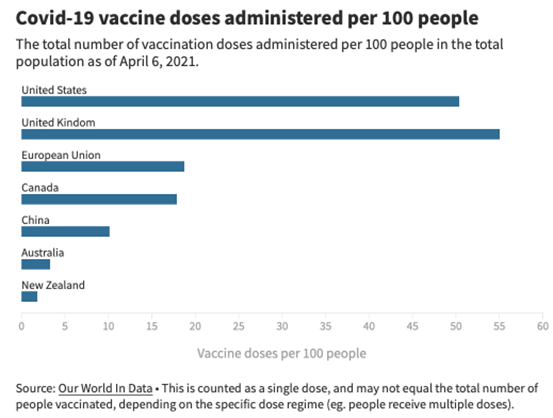 Where’s the PGF Money - Somewhere hidden beneath the remnants of the PGF and the sidelined Shovel Ready Projects are the remaining funds of the 3 billion dollar coalition promise to grow the regions.  The PGF now has a shiney new name, the Regional Strategic Partnership Fund and the Provincial Development Unit, to be known as Kanoa, will have oversight and management of a meager reallocated $200 million.  Importantly, if Northland PGF projects such as the Mangawhai Wharf and Oruku Landing no longer make the cut, does the money stay in the regions or will it return to Wellington?

What about Infrastructure and the 4-lanes?  -  I knew this was coming and that the four lanes would be cancelled. The minister had dodged my questions for weeks and locals were telling me testing had paused. Labour are back to their “holiday highway” for what every mayor considers is the most important economic driver for Northland.

Read written Questions to the Minister of Transport:  https://bit.ly/3fHAk9A 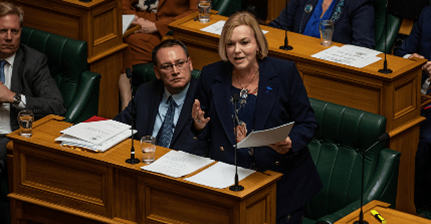 A National Government – A National Party government would be more aspirational for New Zealanders. We don’t want Kiwis to just exist on a benefit. We want them to have jobs, to prosper and to have a future.